An interview article about the opening ceremony performance of the Rugby World Cup 2019 Japan was published in the Newspaper.

An interview article about the opening ceremony performance of the Rugby World Cup 2019 Japan was published in the Mainichi Shinbun Newspaper.

At the beginning of the opening ceremony of the Rugby World Cup that began on the 20th, dance performer, Katsumi Sakakura (56) , who lives in Yokohama, played a major role in the solo part. Focusing on the commonality between British “Rugby Spirit” and Japanese traditional values, he performed his own unique performance. Enchanted the big audience.

Sakakura-san’s expression is characterized by sharp and quick dance that fuses karate movements trained since childhood and street dance, an African american culture.
The production of computer graphics (CG) projected by a projector and the actual movement in synchronism with the movement has attracted much attention overseas than in Japan, and in 2015 he appeared in the International Olympic Committee (IOC) General Assembly Ceremony.

Behind the flashy direction, Sakakura is always trying to express the spirit that Japanese people have made virtues such as “heart to care for others”, “harmony”, and “respect”.
In the background, when he was in twenties who impressed African american with clothes and hairstyles, his admirer African american dancer asked me “Why do you imitate black people even though Japan has a cool culture?” There is an original experience. Since then, he has refined his expression to convey the “coolness” of Japanese spirit and traditional culture to the world.
This time, Sakakura noticed after reading the literature and materials for the production, “Rugby Spirit” such as no side and fair play that praises the good fight after the game, and “Bushido” by Inazou Nitobe is in common.

“At first, Japan, who is not a powerful country, was puzzled by the significance of hosting the World Cup, but I felt that it was possible to send the great Rugby spirit to the world when I knew that Bushido and Rugby Spirit are same.” he says.
In the actual performance, they will dress in their own costumes and perform dances that incorporate the movements of martial arts and traditional performing arts. With the directing of origami to a ball at CG and dances by 15 gods representing the diversity of rugby players and positions, he expressed his desire to transmit Japanese culture and rugby spirit at the same time. Sakakura, who finished the performance, said, “It was supported by the enthusiasm of the big audience and was able to perform at its best. I would be happy if it was connected to the appeal of Japanese culture.” [writer: Takayuki Sakai (Mainichi Shinbun)] 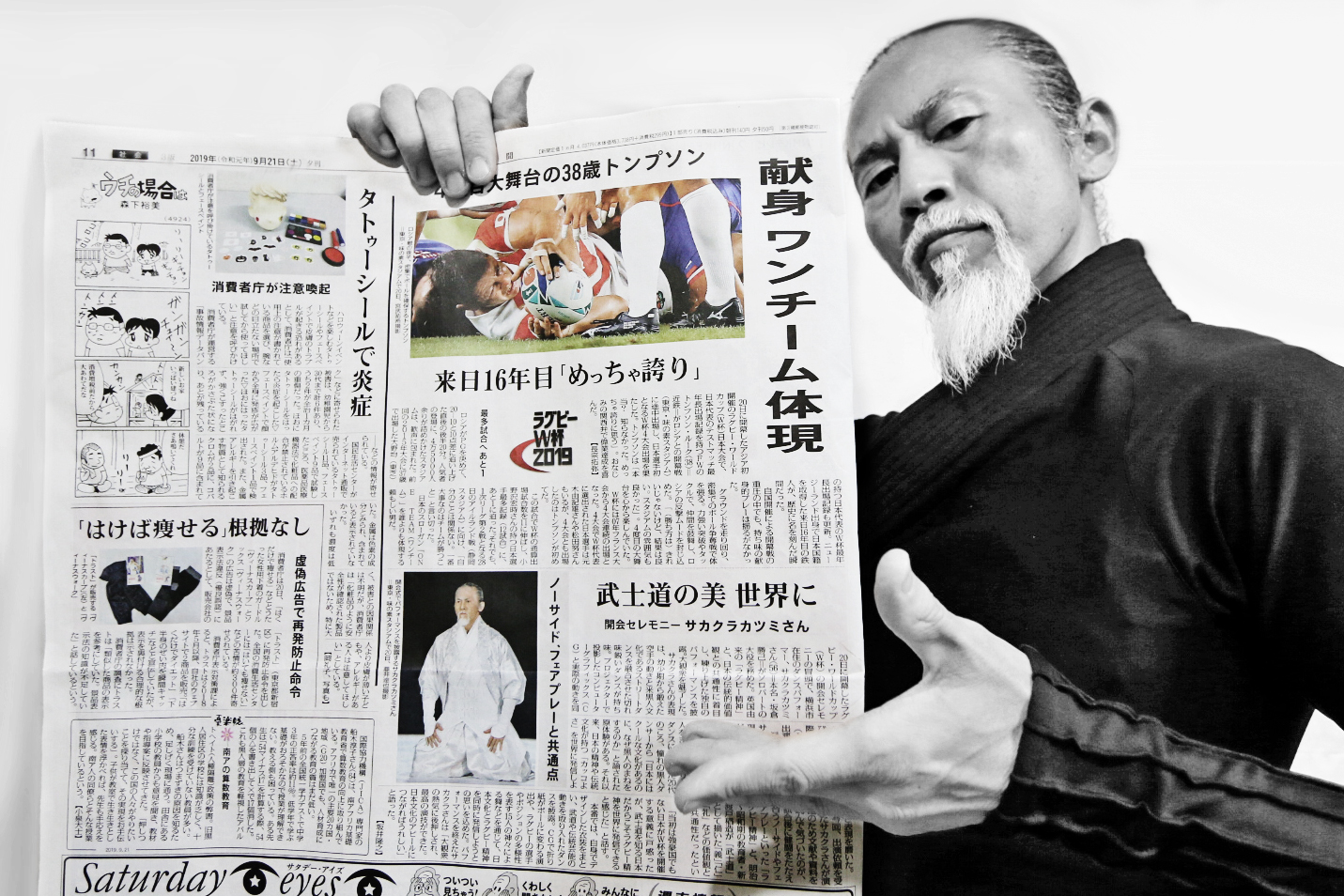